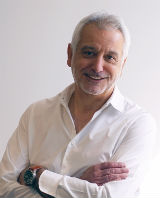 Following on from our last E-news the upcoming Festival of Architecture and Design / FAD 2019 in July is exploring the theme of ‘IDEAS OF HOME’. It will consider issues including patterns of living, evolving housing typologies, future directions and importantly, what it means to call Adelaide HOME.

Underlying this is the focus on Adelaide, South Australia, OUR unique City Plan, climate, geography, social structure and culture, it is where WE live and call HOME.

As Nicolette points out, housing is always at the forefront of public, political, planning, policy and architectural debate; be it social, affordable, urban / suburban, brownfield / greenfield or simply “not in my back yard”. It is also predominately the single element that determines, defines and influences the make up and character of OUR City. More importantly, it encapsulates our choice and aspirations of lifestyle that we value and protect.

To put all of this in perspective, having worked on the first Common Ground Project in Adelaide and the redevelopment of the St Vincent de Paul Shelter, for those less fortunate it offers refuge, shelter and should foster inclusiveness and transition during difficult times. Unfortunately, it also offers another social derivative, the “not in my street” mentality.

At the sake of being too retrospective The South Australian Housing Trust during the 1970’s – 80’s led the nation in addressing the social impact of affordable and social housing in this State. It allowed housing to be dispersed across central Adelaide and suburbs without distinguishing social demographic. The work of Newell Platten as the Principal Architect and Planner and the academic research and socially inclusive philosophy of Hugh Stretton as the Deputy Chairman was exemplar in defining well designed, environmentally sustainable, socially responsive and economic housing that still stands the test of time today, and at the time copied by the other States.

FAD 2019 also informs an appropriate backdrop to convene a public inclusive conversation and an appropriate time to prod, debate, review and question policies. It should stimulate local thought about what we value, what we develop and what we should protect about calling Adelaide HOME…….

….. in my conversations with my overseas friend who wants to relocate to Adelaide, I tell him about the new Adelaide, continuously ranked as one of the most livable cities in the world. I tell him we are moving the City forward to meet expectations… our city is to densify, build higher, live in apartments to revitalise the City.… why do you want to copy the mistakes of the Cities I have tried to escape, he questions…….. that is exactly why I want to return to Adelaide :  to escape the high-rise, where the sky is blue, the air is pure, the birds chirp, the travel is easy…..

Nothing new I suppose, but it poses the questions that our 30 Year Plan (and upgrade) has tried to address in regard to diversity of housing typologies. We like our burbs, our sheds, we like to drive cars, are we able to formulate an innovative, sustainable approach to this model rather than borrow from overseas in converting to high rise?

We agree that it is not sustainable to continue the urban sprawl, but could we not argue that a more ‘metropolitan’ and mainstreet burb model may be more sustainable in our State if a more innovative infrastructure and environmental model was developed that allows us space (albeit reduced) to live in what has been the urban backbone of lifestyle in this country – the backyard – not the balcony.

The reality is we have a population of approx. 1.38 million, growing by under 1%, and one of the emerging oldest populations by numbers in this State. Are our Development Plan Policies perhaps fragmenting the City and suburban form in respect to the landscape and amenity by a vision that says we will grow by 560,000 (since revised to 545,000 by 2045) in 30 years?

…..Why do we have to go to high rise living…. why can’t we start at 3 & 4 levels and maybe 5, I reckon we could infill that projected population of Inner and Greater Adelaide…… over thirty years in that height…..why do they want to go higher, he asks… you don’t understand I say, they saw this interstate and overseas… so did I, he says, that’s why I want to come home…… why do you want to throw all of this away he asks…. why do you want to be like the rest of the world and live up in the air….? You tried that, he says, in the 1960’s, inserted the three storey cream bricker flats into the leafy burbs, copied social housing towers from other countries, why are you going there again…….?

I am continually amazed at how we sometimes fail to see the fine grain of our City. When we learn that the sum of many small ventures with a sense of ownership by our own, will do more than the single imported large vision craved by some, in a City with a population of only some 1.4 million, then just maybe we may start to reassess our approach to Development Policies.

Once we understand that we don’t need to be like everybody else we may understand that local knowledge is more valuable than any other imported idea that we bring to the table.

Without question we can and must, learn from other parts of the world, in fact, it is the essential ingredient of a knowledge based system, it is part of learning, educating, researching and innovation, but we need to understand, relate and apply that research to ourselves and the local context.

There is nothing wrong with being parochial, we don’t have to aspire to making a point of referencing other states or countries ideas to copy them here, in the majority of cases, they don’t translate very well; different lifestyles, different cultures, different climates – you can’t impose romantic notions of what we are not on people.

….. I read about your Transit Corridors and TOD’s the other day…… What is a TOD he says……. It is a Transit Orientated Development I say…. does that mean it is somewhere where I can walk down the street and catch a bus… I say, yeah, you got it… so why don’t the buses run very often, he says, I say because we cant afford them to run that often and the people like to get in their cars….. well, why do we need TODS…… I like to go in my car, pick up the kids, get my groceries…….. I remember the MFP he says – it turned into Mawson Lakes…

I tell him that we’ve been on study tours to London, Europe, and the USA… We had a Thinker in Residence who said that was the way to go….. they think that we should learn from  these ideas…… but he asks…. why do they need to go there, should they not understand their own City first……… why do you need other people to inform you of your livability in your City…. don’t you have your own  thinkers in residence……… what do they see….. that you don’t…?

One of the most sensible housing studies over the last few years has been the Missing Middle Ground study instigated in this State as part of the revised, updated 30 Year Plan, to inform densification policies at a sensible urban scale, form and height which contributes to a sustainable model that gives us choice and diversity in housing types.

…. I drove along the main roads (now urban corridors) and into the burbs to see the folks the other day….. where are the trees, where are the spaces for visitors…I saw fragmented and dispersed 3 – 4 level townhouses and apartments overlooking my inheritance, the bedrooms are two metres from the main road, where do the children play…..?

… It will be ok… we will soon have design guidelines and codes that prohibits that………. They will probably say that a 3 bedroom apartment should have a 15 square metre balcony……. how did they get to that figure – research?… I said…… You can go to the park across the road if you need more…… but this is Adelaide, the driest city on the driest continent and we have a desalination plant, we often have water restrictions and the park is barren……. and it’s not safe… not a problem I say, we have passive surveillance from the apartment balconies…. I haven’t seen anyone on the balconies yet….

In fairness, much of the above is a satirical take on our protective aspirations and is being addressed by Planning Reform…. but let’s keep the conversation going from the ground level urban realm and the interactive frontage of the street, lets forget about heights for a while – lets plant some trees, discuss biophilic overlay policies that protect us (and the birds) from climate change and get our neighborhoods active again.

Let’s talk plain – no mumbo TODS, something that the public understands before we build on their boundaries. Let’s talk about what OUR home and city should look like, what we need to preserve and frame policy against reality, local research and the aspirations of our people, and ask the question would I live in / here myself…?

….. where do you live, he asks…. in a two level house with a backyard, a shed, two cars ……then you’re a hypocrite, you agree with me, but you still design these high rise apartments but you won’t go and live in one…. hey, I have grandkids you know …it’s not safe on the balconies and my kids won’t come to visit me because they can’t get a carpark….. plus I don’t make the policies, I only design to them….

I don’t know if I want to move here anymore………he says.

I’m going to leave all of this here before I get into too much trouble, please join the conversation at FAD this year.