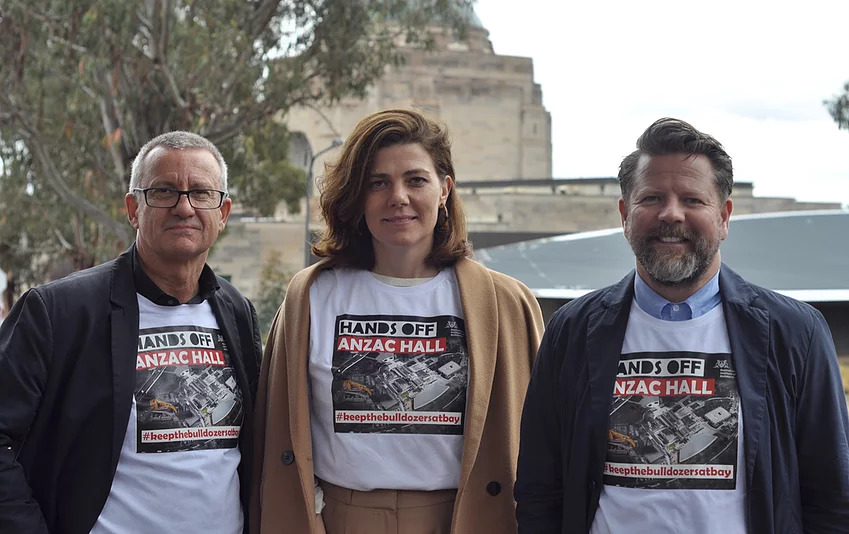 Action you can take to help save Anzac Hall

Time is quickly running out to stop approval being granted for the Australian War Memorial’s planned $498 million redevelopment, which includes the demolition of Anzac Hall, a young building and recipient of the Sir Zelman Cowen Award for Public Architecture.

The Institute has launched a new campaign on social media inviting all Australians to show their support for Anzac Hall by sharing stories of their experiences with it.

It is easy to support the campaign with a quick social media post, like or share and we would love to have your support and for you to help spread the word across your social networks.

How you can help:

The architecture community was deeply shocked when The Canberra Times first broke the news that plans to demolish Anzac Hall were afoot. Surely, this couldn’t be true. Where was the appropriate consultation? With the community? With the moral rights holders – the architects who designed this award-winning structure – and with the Australian Institute of Architects? Less than a week later these reports were confirmed with the announcement of close to half-a-billion dollar redevelopment that would involve bulldozing the existing structure.

Surely such a development within the public realm requires large scale community and stakeholder consultation? This process of conducting planning behind closed doors requires scrutiny.

At our meeting with Australian War Memorial Director, Dr Nelson, he confirmed that 18 redevelopment options had been  considered, 17 of which did not involve the demolition of Anzac Hall. This clearly begs the question as to why the one option that involved the demolition of the existing building was the one selected. We struggle to understand how this decision came about, the due process that should have been followed, and ultimately who agreed to the proposed demolition.

This special site must reflect the wishes of the community in whose heart it holds such a special place. Our Hands off Anzac Hall campaign is only just commencing and we won’t give up the fight until other voices in the debate over the Australian War Memorial’s future are heard.

Action you can take to support the campaign